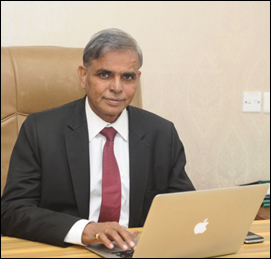 Mr Rakesh Yadav laid the foundation for the Antriksh group in 1986 with a core mission of setting up for new benchmarks of quality and lifestyle in a field of real estate. Since its establishment they have delivered some high-end projects across pan India. Mr Rakesh Yadav is a civil engineer himself and also holds a MBA Degree.

He’s the chief strategist and leverages his in-depth understanding of the business to enhance the company’s growth. He leads the team with the motive to deliver premium values to all the clients and that is made possible by focusing on four components that is quality, technology, innovation and people. He has introduced international quality standards and process in construction activities. He’s is quite active in promoting the Green-Building concept across the length & breadth of the country.

It is his undying passion for scaling greater height and setting even higher standards have resulted in group gaining strong brand equity and reputation of developing land mark projects and award winning addresses.

He has received numerous accolades and awards for group achievements and for his contribution in the real-estate sector.

Some of his awards are as follows: 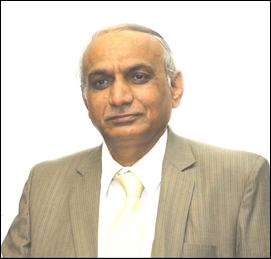 He is a man fuelled by aspirations and strong moral values.
A qualified civil engineer, with a specialization in structural engineering, he is an associate member of the Institute of Engineers Calcutta (AMIE-Civil).

Establishing, The Antriksh Group in 1986, he followed a vision that has today made the group a name to be reckoned with in the real estate sector across the country. His dynamism has further inspired the Antriksh family to ignite their imagination and continues to drive the group towards a higher success.

He is the brain behind establishment of the Group. Starting from a stint with the Indian Army, from where he took voluntary retirement, had a flair for social welfare since his early youth years. He had a vision to do something on a large scale and left the army in the year 2000 to try his hands in the field of real estate. To start with, he co-founded “Antariksh Group” in the year 2005 in association with others.While working with “Antriksh Group” as a partner

While working with “Antriksh Group” as a partner, Mr. Harender Kumar got first hand experience of all theaspects of the real estate field, including the initial identification of suitable chunks of land, negotiationand purchase of the land, engaging contractors for construction activities, procurement of buildingmaterial, marketing & sale of built-up space as well as administration and finance etc. In turn, he alsocontributed to the growth of the group by providing fresh impetus to the ongoing activities andintroducing fresh ideas, which proved very beneficial in the success of the group.